Ensemble Signal is a NY-based ensemble dedicated to offering the broadest possible audience access to a diverse range of contemporary works through performance, commissioning, recording, and education. Since its debut in 2008, Signal has performed over 350 concerts, premiered numerous works, and co-produced ten recordings.

Signal was founded by Co-Artistic/Executive Director Lauren Radnofsky and Co-Artistic Director/Conductor Brad Lubman. Described by the New York Times as "one of the most vital groups of its kind” and “A new-music ensemble that by this point practically guarantees quality performances,” Signal regularly performs with Lubman and features a supergroup of independent artists from the modern music scene. Lubman, one of the foremost conductors of modern music and a leading figure in the field for over two decades, is a frequent guest with the world’s most distinguished orchestras and new music ensembles.

Recent highlights include the world premiere and 130 performances of Reich’s Reich/Richter for large ensemble, with artwork and film by Gerhard Richter for the inaugural season of New York’s multi-arts venue, The Shed (spring 2019), and the US premieres of Reich’s Runner at venues across the US (2017-18). Upcoming highlights in 2022 include the US premieres of music by Luca Francesconi and George Lewis, the world premiere of a new work by Darian Donovan Thomas, a concert of music curated by Julia Wolfe at Carnegie Hall, as well as workshop performances with the next generation of composers.

Among Signal’s recordings are Reich’s Music for 18 Musicians, which was released in May 2015 on harmonia mundi and received a Diapason d’or and appeared on the Billboard Classical Crossover Charts. Additional recordings include a CD & DVD of music by Lachenmann, with the composer as soloist in “…Zwei Gefühle…” (Mode) and Gordon/Lang/Wolfe’s Shelter (Cantaloupe).

Signal’s passion for the diverse range of music being written today is a driving force behind their projects. The Ensemble’s repertoire ranges from minimalism or pop-influenced to the iconoclastic European avant-garde. Signal’s projects are carefully conceived through close collaboration with cooperating presenting organizations, composers, and artists. Signal is flexible in size and instrumentation - everything from solo to large ensemble and opera, including film or multimedia, in any possible combination - enabling it to meet the ever-changing demands on the 21st century performing ensemble.

You can get news and event announcements by signing up for our email newsletter.Want to get in touch? For all inquiries, contact Co-Artistic/Executive Director Lauren Radnofsky.

“Those musicians (Ensemble Signal) can show and teach us that performing and listening to music — be it old or be it new — should become an existential adventure which might open our aesthetic and human horizon.”Helmut Lachenmann

Ensemble Signal builds tailor-made projects in collaboration with artists and organizations, bringing a diverse range of contemporary music to the broadest possible audience through performance, commissioning, recording and education. Signal has realized many performance and educational projects that are ideal for replication, and is firmly committed to building new projects that encompass a wide variety of musical styles, scopes, and sizes.

Since Ensemble Signal’s inception in 2008, the Ensemble has performed over 350 concerts ranging in size and scope, from solos to mixed contemporary ensemble, multimedia or video opera productions and live ensemble with film. From the beginning, a core focus of the Ensemble has been frequently working in detail with the composers whose works we play, in order to produce the most precise possible interpretations. Signal’s repertoire includes styles ranging from minimalism to the iconoclastic avant-garde, to classical. Ensemble Signal is flexible in size and instrumentation: we build projects consisting of solos to 55 players and more. Signal loves working with people to realize dream projects.

“Brad Lubman and Ensemble Signal have given many of the best performances of my music I have ever heard; having performed and worked with Signal since their very start, I know they are absolutely qualified to make this project a world-class first-rate success.”Steve Reich

Steve Reich has been an essential pillar of Ensemble Signal since our first days, working closely with the ensemble to prepare numerous performances of his work. He even gave us our name: Signal. Through our close collaboration with Steve in performing and recording a significant body of his work for almost a decade, the artists of Ensemble Signal have become central members of the next generation of interpreters of his music. For Signal, Steve is not only a composer whose music we love, he is also a mentor and dearest of colleagues.

Signal strives to honor the traditions of performance and production practices established by both Steve Reich and his own ensemble since the 1970s. We also work to naturally bringing our unique next-generation perspective as an ensemble, which includes many young Americans who have grown up listening to Reich’s work as well as the music it influenced - from pop to classical. Additionally, Signal Music Director Brad Lubman brings with him over 20 years of experience at the forefront of Reich’s music, having recorded, performed and given the world premieres of numerous works by Reich internationally.

Signal’s experience with producing Reich’s music is extensive: Signal has in its core repertoire over 20 works by Reich, and has mounted nearly 30 events involving Reich’s work at venues ranging from Lincoln Center Festival and Carnegie Hall to BIG EARS; we’ve given over 150 performances of work by Reich, and released two Reich recordings on harmonia mundi, to widespread critical acclaim. Our performances of Reich have reached worldwide audiences through live streaming on medici.tv, and the number of times a track has been streamed from our recording of Music for 18 Musicians has reached over 2 million streams on Spotify.

“Music for 18…was the transcendent experience you always hope for when hearing this piece live.”— The New York Times“Awarded Diapason d’Or, June 2015 (Signal/Reich M18M on harmonia mundi).”— Diapason Magazine“Even if more recordings are released next year to celebrate the 40th anniversary of this work…none will likely be more sensational than this ( Signal/Reich M18M on hm).”— The New York Times“…tremendous, unstoppable energy (Signal/Reich M18M on hm)…”— The Guardian, 5 stars“…Ensemble Signal play with an accuracy and passion which defies description.”— The Arts Desk“…so masterful that it all sounds effortlessly graceful.” (Signal/Reich M18M hm).”— The San Francisco Chronicle“It was a tremendous performance (M18M) that yielded the loudest standing ovation of the weekend — 10 minutes, no less...Not a soul would argue against such credibility…” — Consequence of Sound * Denotes work Signal has prepared in rehearsal with Steve Reich

Signal’s educational projects can include:

Educational outreach programs have taken place in locations ranging from a music program dedicated to providing free lessons to children from refugee and immigrant families, to a children’s workshop at the Guggenheim Museum in New York, and an upstate New York retirement community.

The Ensemble offers informative pre-concert discussions as well as Q&A sessions with artists and composers.

A supergroup of independent artists who have worked closely with one another and with music director Brad Lubman over the last decade, able to appear in flexible configurations of 1-30+ players, based on the needs of each season’s diverse programming. You can get news and event announcements by signing up for our email newsletter: 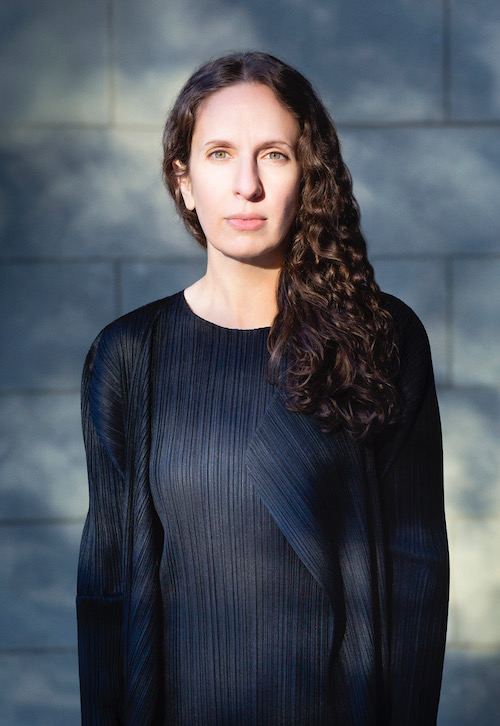 Lauren Radnofsky is founding co-artistic/executive director and cellist of Ensemble Signal. In Radnofsky’s triple role, she is responsible for program curation, general management, and also serves as the main producer, in addition to being a regular performer in the ensemble. Under her leadership, she has overseen Signal distinguish itself as an ensemble of exceptional versatility, its range of activities including over 350 performances, ten recordings, and numerous premieres since 2008.

She has performed as cellist with Ensemble Signal in the world premiere of Steve Reich’s Reich/Richter, which she performed a marathon 129 times as part of the Shed’s Reich Richter Pärt project, featuring film and art by Gerhard Richter; the US premieres of Reich’s Runner, and the world premieres of Hilda Paredes’ Señales (dedicated to Ensemble Signal) and Luca Francesconi’s Trauma Etudes (dedicated to Lauren and Brad Lubman). Upcoming premieres with Ensemble Signal include a new work by Darian Donovan Thomas for ensemble and electronics and the US premiere of George Lewis’ Tales of The Traveler.

As Co-Artistic Director of Signal, Radnofsky regularly collaborates with cooperating presenting organizations, composers, and artists to design a unique array of projects, thereby bringing programs of new or rarely performed music to the public. Lauren loves working with people to build dream projects, closely collaborating throughout the process. Additionally, Radnofsky is on faculty at the Bang on a Can Summer Institute at Mass MoCa.

Brad Lubman, American conductor and composer, has gained widespread recognition for his versatility, commanding technique and insightful interpretations over the course of more than two decades.

In addition, he has worked with some of the most important European and American ensembles for contemporary music, including Ensemble Modern, London Sinfonietta, Klangforum Wien, and Steve Reich and Musicians. Lubman has conducted at new-music festivals across Europe, including those in Lucerne, Salzburg, Berlin, Huddersfield, Paris, Cologne, Frankfurt, and Oslo. He was the recipient of the 2019 Ditson Conductor’s award, in recognition of his distinguished record of performing and championing contemporary American music.

Lubman is founding Co-Artistic Director and Conductor of the NY-based Ensemble Signal. Since its debut in 2008, the Ensemble has performed over 350 concerts and co-produced ten recordings. Their recording of Reich’s Music for 18 Musicians on harmonia mundi was awarded a Diapason d’or in June 2015 and appeared on the Billboard Classical crossover charts. In Spring 2019, he conducted the ensemble in the premiere of Steve Reich’s Reich/Richter as part of the Reich Richter Pärt project at the opening of New York art space The Shed.

Brad Lubman has recorded for harmonia mundi, Nonesuch, AEON, BMG/RCA, Kairos, Mode, NEOS, and Cantaloupe. In 2017, he was Composer in Residence at the Grafenegg Festival; his compositions have been performed by acclaimed ensembles such as the Tonkünstler Orchester Austria and musicians form the Los Angeles Philharmonic. 2020 featured the premiere of a new piece written for Rudolf Buchbinder, premiered at the Vienna Musikverein, which Buchbinder also recorded for Deutsche Grammophon.

He is also Professor of Conducting and Ensembles at the Eastman School of Music, as well as on the faculty at the Bang on a Can Summer Institute.